In an effort to mitigate the spread of COVID-19, we are currently only offering phone or video consultations.

The teenage years can be rough. There are many hurdles to get over, from balancing school, activities, a job, and time with friends. This is even tougher to do when depression is added to the mix. Yes, teenagers can be clinically depressed, just like adults. The main difference is that many of the signs of depression differ – and some even masquerade as standard teenage behavior. So, how can you tell that you teen has depression? Here are some signs from depression help Houston. 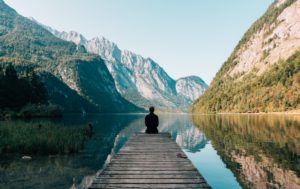 The teenage years are the ones where your teenager will begin to pull away from you. This is normal. However, knowing your teenager and his or her habits will help you determine whether or not something is wrong. Even as your teen tries to assert their independence, try to keep an eye on their behaviors. This way, when drastic changes occur, you’ll know when something is wrong.

The Length of the Changes

Another thing that depression help Houston thinks is important is the length of these changes. As we go over them below, please keep in mind that a small change that only lasts for a short period of time may not be a sign of depression. It might just be normal teenage angst. Unless your teen is showing signs that they may be suicidal, keeping an eye on them for a while might be your best course of action. If the symptoms and signs listed below seem to persist for quite some time (how long depends on your teen’s previous behavior), then you might want to consider getting them some help.

Their Habits May Change

Two of the signs to look for include changes in your teenager’s eating and sleeping habits. You may find that your teen, who used to eat anything, now picks at his or her food. They might also sleep more than usual. Although teens do need more sleep than adults (according to scientific studies) there are behavioral extremes to watch for. For example, if your teen sleeps through the weekend when they used to get up regularly and go out with friends, then this is a sign that something may be wrong. Look for drastic changes in habits. 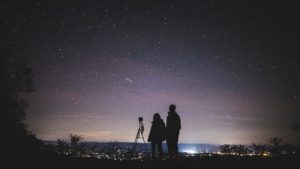 They Get Irritated Easily or Are Quick to Anger

Yes, many teens tend to be somewhat irritated. Many say that this is just normal teenage behavior. However, if the irritation seems to be deeply rooted, occurs quite frequently, and doesn’t seem to be going away, then it could be a sign of depression. It’s easy to think that a depressed teen would be sad, but in many cases, irritability appears more often. A teen that’s depressed could become annoyed with the world around them and may lash out in anger, according to depression help Houston.

They are Overly Sensitive to Criticism

Some people are just naturally sensitive to criticism. This appears fairly often in teens. But, when that criticism seems to “hit home” more harshly, your teen might have depression. Depression tends to cause people to feel worthless. As depression help, Houston could tell you, this makes the criticism affect them even more, as they may already think that nothing they do is good enough. Feeling rejected or as though they can’t do anything right – and then acting out about it – is one possible sign that your teen is depressed. If your teen was an overachiever, but depression has sapped their confidence and ability to concentrate, then this may be even more pronounced.

They Withdraw From People

Withdrawing from the world around them is another sign that your teen might be depressed, based on research done by depression help Houston.  While many teens want plenty of privacy, there is a difference between simple privacy and not wanting to do anything – even hang out with friends. If your previously social teen suddenly withdraws and stays withdrawn, then that may be a sign that they have depression.

They Have Physical Changes and Ailments

Does your teen suffer from constant stomachaches or random aches and pains that seem to have no physical basis? Then, according to depression help Houston, they might have depression. Look at it this way – if your teen tripped and fell, then they have a reason to have a backache. But, that chronic backache that appeared with no triggering physical event may be a sign of depression or some other undiagnosed ailment. Some teens with depression will have aches and pains or simply not feel good, and a physician won’t be able to find the root cause of them.

They Suddenly Have Issues at School

Not every kid loves school. The thing to look for here is a sudden change from loving school and getting good grades to not wanting to go and receiving poor grades. Depression can make it tough to concentrate, which can affect your teen’s schooling. They may find that they’re unable to pay attention in class or focus on completing their assignments. These are two examples provided by depression help Houston, there are others to look for. This is why it helps to know your teen’s usual behavior.

Although some signs of suicidal behavior are obvious, such as giving away possessions and making what seem like final goodbyes to loved ones, other signs are less so. Things to keep an eye out for include writing suicidal poetry or deadly short stories, saying things like “I’d be better dead,” and even doing reckless things that could have deadly consequences. These are all signs that your teen may be planning to commit suicide. If you suspect that they are, please call depression help Houston.

Do you think that your teen might be depressed? Do you want them to possibly find help through depression help Houston? Look no further. Grief Recovery Center is here. You can reach us at (832) 413-2410 or by filling out the form on our website.

Tips From a Houston Therapist: How to Support a Friend Who Has Been Sexually Abused
Emerging PTSD Treatment from Our Therapists