Someone who has suffered through a traumatic event could benefit from having the right type of both personal and professional support. This personal support involves knowing what to say, and what you should avoid saying, in order to avoid further affecting the trauma survivor. Here are a number of phrases that shouldn’t be said to trauma survivors, as well as a number of things that you can say, in order to support your loved one. 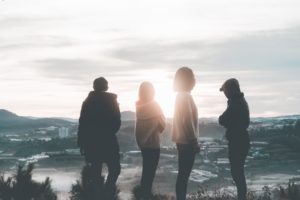 It’s Time to Move On.

The person must have enough time in order to process the traumatic situation. The usual processing pattern includes working through it in their minds and hearts, and then coming to a place of acceptance. Every person is different, and the length of the healing process is unique to each person.

It could not have been that bad.

This undermines the situation, making it seem as though the trauma doesn’t matter. To put it simply, a traumatic experience shouldn’t be undermined, ignored, or minimized in any way. What may be traumatizing to someone, may not be traumatizing to another person. This statement not only minimizes someone’s traumatic experience, but it also sends the message that the person is overreacting.

When someone is being negative about the situation, this could be a symptom of a bigger problem. For example, it might be a sign of depression, anxiety, a sense of hopelessness and helplessness, or even of suicidal thoughts, low self-esteem, and lack of confidence. Telling someone to stop being negative is the same as telling them that they need to snap out of it.


If You Continue Dwelling On It, Then You’ll Never Move On

Making the trauma survivor feel guilty about the situation is not a good way to support them.

This statement can make them feel guilty about having the feelings and thoughts that they do. Don’t force them to put a timeline on their grief or to push through the processing stages until they’re ready.


Do You Think You’ll Ever Stop Being Depressed?

Depression is a complicated disorder that can come and go. Also, depending on the severity of the trauma, depression can change from mild to severe and then back again.


You’re a Survivor, So Quit Being a Victim

Being a “survivor” is categorized by having lived through a traumatic experience. Yes, the person lived through it and “survived”, but  by saying this, you’re forcing your point of view on them.


It Could Always Be Worse

While this statement is inherently true since it can always be worse, do you really want to tell your loved one that? Just because someone’s problems are worse than the trauma survivors, this doesn’t make them any easier to process.

Why Didn’t You Say Anything Sooner?

People who’ve lived through a trauma more than likely have issues discussing what happened. They wonder if in anyone will believe them, and worry about anyone retaliating on them for talking about it. Instead of shaming the person for not coming forward sooner, tell them that they are strong for sharing it with you.

Quit Being So Uptight About It

People with PTSD (which could happen after a trauma) tend to feel edgy or jittery. They don’t have a choice in the matter. Some people with PTSD still have symptoms after undergoing treatment, and the symptoms can pop up when you least expect them to. If you’re bothered by the way a person with PTSD reacts to you being in their space or to something you said, try not to make it an issue.

It’s Time to Report What Happened to the Appropriate Authorities

Someone who has experienced trauma went through something that was completely out of his or her control. Telling them what to do puts you in control of the situation. Accept that everyone copes with trauma differently. If that person wants to go to the authorities, it is up to them.

Instead of saying all of those negative things to a trauma survivor, here are some things that will help, instead of hurt, the situation. 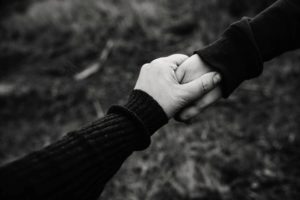 I’ll Be Here For You No Matter What

Yes, there definitely isn’t a timeline on recovery.  Some people heal faster, while others need time to process what happened. It can be somewhat cyclical as well, as the trauma goes through stages. Knowing that someone is there for them will help.

I Know This Isn’t Fair

We all know that life isn’t fair. Sugarcoating the situation tends to make it worse. Instead, state what you know – that this isn’t fair at all. One of the many gifts we can give our loved one is the ability to share honestly how unfair everything feels.


Healing Is Possible, But It Takes Time

There are many stages of healing following a trauma, and everyone goes through this process differently. Understand that your loved one can cope and heal, but that it will take time. It won’t happen overnight, and it certainly doesn’t adhere to a time frame.

None of This Was Your Fault

Let your loved one know that they didn’t do this to themselves. They more than likely, deep down, already know that, but if someone else tells them, then they are more likely to believe it.


I Will Support You In Every Way That I Know How

This one is more about actions than words. Do enjoyable things with your loved one, and encourage them to try to do at least one enjoyable thing each day. You may need to help them come up with some ideas. Try asking them what activities they used to enjoy before the traumatic event, or making some suggestions. As long as you don’t try to plan the activities for them, it could help.


Do You Want to Talk About It?

This phrase gives the survivor permission to choose what they would like to do. Offering a survivor the opportunity to choose gives them a sense of control, which is something that they lost when they went through that situation.

Emerging PTSD Treatment from Our Therapists
What to Expect From Counseling