What is Bipolar Disorder?

You may have heard of Bipolar Disorder referred to as “manic depression.” This, combined with the fact that bipolar disorder often includes depressive episodes, is the main reason for the confusion between the two disorders. 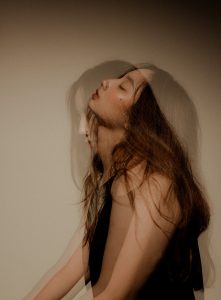 There is a wonderful video of Carrie Fisher explaining her bipolar disorder to a young boy at Comic Con where she describes it as, “a kind of virus of the brain. It makes you go very fast, or very sad. Or both–those are fun days. So judgment isn’t one of my big good things. But I have a good voice, I can write well. I’m not a good bicycle rider. I’m just like everybody else only louder, and faster, and sleeps more.”

Depression, on the other hand, is a mood disorder without the “ups” that bipolar disorder has. Just as the “ups” in bipolar disorder aren’t exclusively expressions of happiness, the “downs” one feels in a depressive episode isn’t always as simple as sadness. Rather, when one feels depressed, it can be a complete lack of emotion. Some have described it as the emotional equivalent to watching paint dry. You aren’t sad or mournful, you are just depleted.

Because of this, those experiencing depression often feel a disconnect from their everyday lives. Rather than feeling the full range of emotions that come and go for many people, they instead feel as though they are going through the motions without really connecting. There is a severe lack of energy, extreme fatigue, loss of appetite, disrupted sleep (or too much sleep), etc. 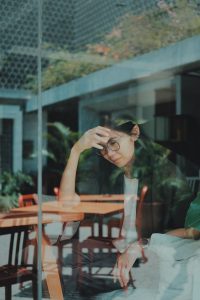 While both different disorders, if untreated both Bipolar Disorder and Depression can greatly impact and impair social, professional and everyday functioning.

Bipolar disorder presents it’s own unique obstacles for diagnosis, as it is hard to recognize episodes of mania within yourself. Sometimes it may just feel like you are “bouncing back” from a depressive episode if you don’t monitor your symptoms and behaviors closely. Because of this, getting an accurate diagnosis for Bipolar DIsorder can take some time.

In order to properly diagnose and treat both depression and bipolar disorder, it’s important to pay attention to your own symptoms and behavior. Keep a log of your moods. Track how you feel physically, mentally and emotionally to see if there are any patterns. And bring them to a professional who can help talk you through what you may be experiencing.

Once you have talked to a professional and figured out a course of medical treatment (which can include medication, talk therapy or a combination of the two), things you can do on your own include:

Talking to a professional is the first important step in seeking help. If you recognize signs & symptoms of depression or bipolar disorder in yourself, one of our Houston therapists can help. Contact us today!