We also offer phone and virtual sessions to all of our clients. 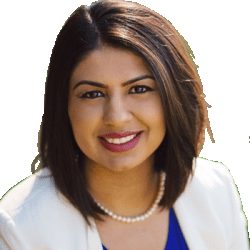 Asma Rehman, LPC
Asma Rehman is a Licensed Professional Counselor and a Certified Grief Recovery Specialist. Most of her clinical experience has been in community settings, including Bo’s Place, Depression and Bipolar Support Alliance, and psychiatric hospitals. She also has experience in the private practice setting. She enjoys working with adults and families to navigate the challenges of life, whether they are personal, with family, or with peers. Areas of interest include grief and loss, depression, anxiety, trauma, stress management, relationship issues, and family communication.

No one ever wants to think about suicide. For many of us, losing a loved one to suicide is one of the worst things we can possibly imagine. Suicide rates have been going up in recent years, especially among teens. Living through a pandemic has been tough on everyone, but teens and younger folks have had it particularly hard. Between virtual or hybrid school, smaller social circles, and endless access to social media, it’s no wonder teens are overwhelmed. It’s hard enough to be a teen without the concerns of pandemic life on top of it, but today’s teens are having to balance both.

Some folks worry that if they bring up the topic, it will put the idea in someone’s head. Other people might fear that they don’t know what to say during a conversation about suicide and mental health. The most important thing is to have the conversation, even if you’re not sure what to say.

Suicide is something that’s incredibly stigmatized, for a lot of reasons. When someone loses their life to suicide, people may have a hard time talking about it. Grief can of course make suicide difficult to talk about, but the social stigma of suicide still has an influence. Losing someone to suicide is already a confusing and painful time, and no one wants to feel judged in their grief. Not talking about suicide doesn’t do anyone any favors though. Talking about suicide, its warning signs, ways to prevent it, and mental health in general is a helpful way to lessen the stigma.

Suicide is the second leading cause of death for youth in the United States. Youth suicide rates were already rising before the pandemic, but some researchers have found that the pandemic has increased rates further:

Through the last few years, teens and adolescents have had to deal with previously unimaginable stress. Teens have had fewer options for social support, which can lead to loneliness and depression. It’s also important to note that teenage brains are still developing. While adults may understand that things won’t always be this way, that’s something that’s harder for developing brains to comprehend. Teens can get trapped in all or nothing thinking, which can be dangerous when combined with suicidal ideation.

Not only do teens have to deal with all of this in real life, they have social media on top of it. Social media has changed the way that all of us communicate, especially teens. Young folks are always ahead of the curve when it comes to technology, and they often find new corners of the internet before the adults in their lives catch on. This can make it hard for parents or caregivers to monitor teen’s online activity. Bullying in person and online is a real concern for lots of teens. There’s also an enormous amount of pressure to keep up with trends and informed via social media, so it’s hard for teens to take a break.

Many folks don’t know what to look out for and are surprised when a loved one dies by suicide. Statistics show that boys die of suicide at 3-4 times the rate of girls. Many researchers have noted that girls statistically attempt suicide. Everyone is different, but there are some warning signs of suicide to be aware of.

There are also certain risk factors that make suicide more likely. These risk factors for teen suicide include:

Preventing suicide means sometimes you’ll have to have tough conversations. It’s okay to be intimidated by a topic that’s as serious and scary as suicide. However, it’s really important for the teens in your life to know that you care enough about them to have the conversation, no matter how awkward or uncomfortable.

Ask directly: “Are you thinking of suicide?”

Asking them directly if they’re thinking of suicide is very important. Asking this question is not going to put the idea in their head. When you are honest and open with your teen, it will show them that you care and are concerned about them.

This is especially important. Remove anything in your teen’s environment that they could use to take their life. This means removing access to firearms (it’s best to fully remove them from the house), medications, or other weapons. If you know that your teen is considering suicide, it’s important to be nonjudgmental and supervise them as much as possible. This is about taking away opportunities for them to harm themselves until they are no longer suicidal and have received professional help.

When mental health is stigmatized, it’s harder to ask for help. Show the teens in your life that it’s okay to talk about mental health with you. Talk about your own mental health or struggles you’ve had. Tell them that even when things are really bad, the feelings always pass. No feeling lasts forever. It’s also okay to show them things you do to take care of your mental health. These could be things like going to therapy, taking medications, getting good sleep, making time to move your body, and maintaining supportive relationships.

“Talk It Out” is a teen support group in Houston, where you’re able to spend time with friends and have a safe space to share your thoughts and feelings. They have talked about mental health, depression, body image, and so much more.

Show them that mistakes are a part of life

We all make mistakes. Since teens are still developing, things can seem a lot more black and white to them. Mistakes might seem like the end of the world. Embarrassment or shame might play a bigger role in decision making than it would for an adult. Remind your teen that making mistakes aren’t the end of the world.

It’s important to be empathetic when talking to anyone who is experiencing mental distress. When talking to teens, this might mean reminding yourself of what it was like to be a teen yourself. Things that don’t bother you now might have really bothered you then, like a fight with a friend. Never be judgmental or accusatory when talking to a teen about their mental health. This will only discourage them from opening up in the future.

If you or someone close to you is considering harming themselves, please reach out for help. Things won’t always feel this way, and help is available.

We Are Here To Help

Take Control of Your Mental Health and Start Feeling Better!

Grief Recovery Center is a private outpatient mental health counseling practice located in Houston, Texas. We are a team of licensed Houston therapists dedicated to providing confidential counseling and compassionate care. We serve all ages, provide counseling and The Grief Recovery® Program.