Home » How to Talk to Someone About Suicide 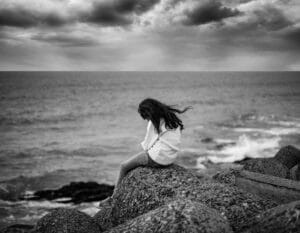 September is National Suicide Prevention Awareness Month in the United States. We’ve written before about the warning signs of suicide to look for, but once you know the warning signs, what can you do if you notice them? Suicide is a hard topic to talk about, both because it’s devastating and because mental health is still a very misunderstood topic. However, it’s important to make the effort to reach out to others because we never know what someone is going through. It can be hard to think about having these kinds of conversations with the people we care about, but it is easier to have a conversation than to lose someone to suicide.

If you’re worried that someone in your life is considering suicide, make sure to do something. Here are some ways you can talk to them from our Houston therapist, so they feel supported and listened to:

When you’re preparing to have an intense conversation with someone, make sure that the environment is appropriate. Make sure you’re in a place where you won’t be interrupted and where you both feel comfortable. If you’re social distancing, and you can’t have the conversation in person, consider a video chat or phone call instead of a text message, so you can pick up on more than just what is said. With that being said, don’t focus so much on finding the perfect time to talk – it’s probably always going to feel hard to bring this topic up, and you don’t want to waste time looking for the perfect moment when your friend is in distress.

If you’re worried someone you know is considering suicide, it’s important to talk with them directly about it. Don’t beat around the bush or use metaphors – ask them directly if they’re considering hurting themselves. You don’t have to open up the conversation this way, but work up to it by asking how they’re doing, what they’re doing to cope, and if anything is wrong. Asking someone if they’re considering will not give them the idea to consider suicide. Keeping silent because we’re afraid to plant the idea of suicide only leaves people feeling like they have no one to turn to or like they can’t talk about it. Talking about mental health is a massively important way to normalize it in our day to day lives, even when talking about it feels hard or scary.

Feeling suicidal can be a lonely, terrifying experience. When you practice active listening, you will show your friend that you are 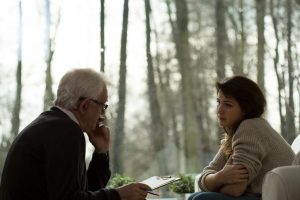 committed to understanding them and that you care about what they have to say. Repeat their words back to them. Say, “It sounds like you’re saying X,” and acknowledge their feelings. Remind them that you will not give up on them and that your support is unconditional. They may be afraid that being honest will scare you, so make sure they know this isn’t the case.

Remember how brave it is to ask for help.

Even if you’ve never struggled with your mental health, you can probably imagine how hard it is to ask for help for an issue that is so stigmatized. Many people keep their thoughts of suicide or self-harm to themselves for fear of worrying or upsetting others, even if it’s a reality they’re living with every day. Admitting that you’re struggling with something this serious is a sign of trust, so make sure to treat it as such. Remind them that you don’t see them as a burden, and they’re not attention-seeking for being honest about their mental health.

Try to avoid saying things like “Don’t feel that way,” or “But you’re so lucky,” because this can feel like you’re not taking them seriously. People who are considering suicide are already dealing with a lot, and many worry that they aren’t taken seriously or that they have no right to be in the pain that they are in. Mental illness and depression are real, and it’s crucial to treat them as such.

Have more than one conversation.

Checking in on someone’s mental health shouldn’t be a one-and-done kind of situation. This is especially true if they insist that they’re okay but you’re still not sure. You can never be too careful, and you don’t want to regret not listening to your intuition if something happens. Make sure the people in your life know that you actively care about them and value them. Make checking in a regular practice, with everyone you care about, but with people in distress especially so that you can assess for yourself how your friend is doing. Make sure to pay attention to more than just what they say – check out their body language or their behavior outside of the conversation as well. 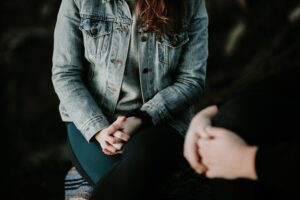 Know when to call in more help.

Suicide is something that should be taken very seriously, so it’s important to know when you’re out of your depth. If you’re talking to someone who is suicidal and they have a plan to complete the act, you need to contact help. There are many helplines, including the National Suicide Prevention Lifeline at 800-273-8255. It’s important to keep in mind that calling the police can lead to unintended consequences, particularly for people of color who are in a mental health crisis, so make sure to look for community mental health outreach services in your area first. Many local hospitals have a mental health crisis response team that they can send to help folks out safely.

If you or someone you know is considering suicide, please contact a helpline or contact emergency services. If you’re looking for more ways to support someone who may be suicidal, our clinicians can help to come up with a plan that works for you.